What is (NEC) necrotizing enterocolitis?

What is (NEC) necrotizing enterocolitis?

Before we answer that question, here are some statistics:

Most people have never heard of Necrotizing Enterocolitis (NEC) unless it’s your baby that is born preterm or has developed NEC. What’s really important is the weight of your baby when it’s born.

Necrotizing Enterocolitis (NEC) is a serious intestinal infection that affects about 5-10% of preterm babies weighing less than 1500 grams or about 3.3 pounds. The following statistics from venerable sources vary slightly, but I think we can agree this is a serious problem that can be helped:

The National Institute of Child Health and Human Development (NICHD) estimates that NEC affects about 9,000 of the 480,000 infants born preterm each year.

Hospital neonatal intensive care units (NICUs) have taken some steps to help prevent NEC in preterm babies such as feeding them maternal or donor breast milk and using probiotics.

Probiotics have been shown to be effective in preventing Necrotizing Enterocolitis (NEC) and morbidity associated with NEC, but yet less than 10% of NICU’s in the US use them. I would agree that more studies are needed especially to choose the right dose. Studies have also shown that probiotics are safe to use in preterm babies.

The Cochrane Review of 24 studies using probiotics in NEC concluded, “Enteral supplementation of probiotics prevents severe NEC and all cause mortality in preterm infants. Our updated review of available evidence strongly supports a change in practice. Head to head comparative studies are required to assess the most effective preparations, timing, and length of therapy to be utilized.” *

I attended a PPAG (Pediatric Pharmacy Advocacy Group) conference this past April where two clinical NICU PharmDs presented their review of the PPAG-NEC/Probiotic Studies and concluded that dual strain probiotics with both lactobacillus and bifidobacterium with at least 1 billion colony forming units performed better than single strain probiotics with less than 1 billion CFUs. They also recommended using powder packets vs capsules or bulk powder to reduce the risk of cross contamination throughout the hospital.

For these reasons, FloraTummys has recently been used in several hospitals to help prevent NEC in the NICU, mixing FloraTummys with 3ml of breastmilk or formula during feeding. At least one hospital has reported a decrease in NEC since using FloraTummys. This has been recent, so I am waiting for further results.

As mentioned earlier, probiotics have been shown to be safe in the clinical trials and do not have any known side effects. It is worth noting however that in one instance on October 2014 one infant died after receiving a contaminated probiotic called ABC Dophilus. The CDC & FDA investigated and warned against its use. On November 2014: Solgar, Inc., the makers, recalled ABC Dophilus powder due to contamination. Solgar refused to identify the subcontractor that made it or where it was made.

In my earlier blog, I discuss the importance of using probiotics made in the USA, not only for potency reasons, but for safety reasons. The FDA regularly inspects the facilities here in the US where probiotics and other dietary supplements are made. When they are made overseas, there is no regular FDA inspection. The top two leading probiotics for kids, Florastor and Culturelle are made overseas. FloraTummys is made in the USA in and FDA inspected facility.

Also very important, if you are at risk of delivering a preterm baby, studies show that babies born in Level III or IV NICUs have higher rate of survival because they are better equipped than Level I or II units.***

Hopefully your baby is now home and healthy. If you would like to start or continue a probiotic for your baby try FloraTummys for FREE by clicking here. 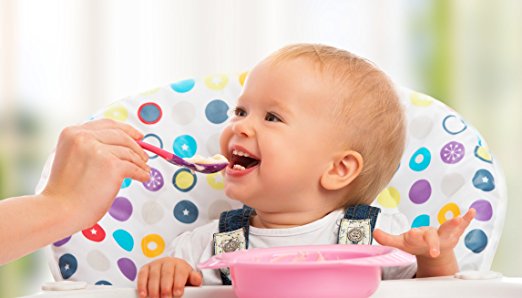